Why Red and White for Mothers' Day? 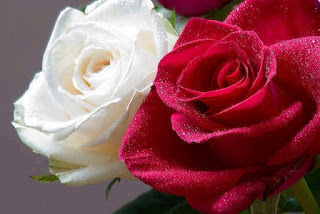 Mother's Day is typically celebrated on the second Sunday of May in most countries. It is a time to publicly acknowledge the role of mothers and to honor their contributions. While Mother's Day flowers have become a commercial tradition, the origins of the holiday began with the use of red and white carnations to show respect.

Julia Ward Howe first introduced the idea of setting aside one day a year to honor mothers in the hope that the tribute might extend a mood of peace to the country. In 1870, distraught by the loss of lives in the Civil War, Howe called on the country's leaders to confirm an official Mother's Day proclamation. Many local municipalities embraced her ideas, though the United States government didn't officially mark the day for mothers until 1908.

Anna Jarvis took up the cause after Howe's death. Following her passing, Jarvis' daughter Anna continued the battle and handed out carnations to mothers at church services throughout her campaign. Jarvis became indignant when retailers jumped on her carnation giveaways and began selling white carnations to consumers as the official Mother's Day flower. She protested the florist industry to try to get them to stop taking advantage of the occasion -- to no avail.

The tradition of giving flowers on Mother's Day took off and continues well into the 21st century. The National Retail Federation predicts that about $1.9 billion will be spent on Mother's Day flowers in 2011. While carnations are not the only flowers that are used to celebrate moms, many organizations, particularly religious groups, continue with the tradition. The tradition blossomed to include mothers who passed away. A red carnation today signifies respect of a living mother, while a white carnation is worn or given in honor of a mother who has died.

Mothers today receive a wide range of flowers in varying colors. Mothers also have come to expect meals, jewelry and homemade gifts from their children on their special day. Whether commercialized or straight from the heart, the early efforts of the women who fought for national recognition of a day to honor mothers, single carnation in hand, have spawned generations of men and women who take at least one day a year to show mom that she is appreciated.

Happy Mothers' Day to you, Mothers worldwide. My own
dear mother is going to be 96 next month! BBL 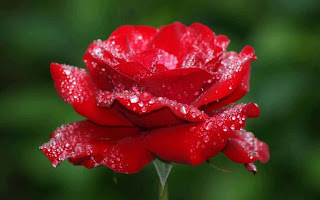 Posted by ColorFilled at 8:51 PM