Recently, when Princess Catherine was asked about  her favorite color, she turned to Prince William and asked him what his favorite was. He immediately said, "Blue." (see my color blog on blue's properties dated 1 April, 2011)* She thought a moment longer then said, "White is my favorite color." In her honor, I present this blog on the color that contains all colors, revealed in a shaft of light passing through a prism.
Authors of Color in the Garden, Nori and Sandra Pope conclude: "White glows fluorescent, like gray and silver, it gleams in the half-light. It gives back more light than it receives, because it has the property of being able to bend invisible ultraviolet and infrared light into the visible spectrum. Add to this the fact that black-and-white vision is 1,000 times more sensitive than color vision---a statistic that gives a very good indication of the relative importance of white, both in its pure form and when mixed with other colors to give us pastels. A white garden is so fantastic in the light of the moon. The white, making no demands on the cones of the eye, gives the rods their time of triumph---perfect for vampires and other romantic walkers in the dark."
Murray Moss, Interior Designer, recommends Benjamin Moore's "Super White" as a background because he thinks "Everything looks good against a true, clear, eye-chilling, freezing-cold white. It's like a snow blizzard, or Huck Finn's white-washed fence, or marshmallows, or sugar. ANYTHING PLACED AGAINST THAT BACKGROUND PROJECTS LIKE TECHNICOLOR."
White has always been important to painters. From COLOR IN CONTEMPORARY PAINTING:INTEGRATING PRACTICE AND THEORY, author Charles Le Clair gives a bit of art history on the use of white.
"With the advent of open-air painting around 1850, artists discovered that working on white canvas instead of the traditional brown ground produced brighter, more 'modern' colors. A little later, the Impressionists popularized theories of prismatic colors and white light. When scientists discovered that sunlight can kill germs, shuttered windows were thrown open, and interior decorators turned from Victorian richness to 20th century whites and pastels. Old masters may still be shown in darkened rooms with picture lamps attached to frames, but galleries the world over assure the contemporary artist of floodlights and white, or near-white, walls. In the 1863 Salon des Refuses, American painter James McNeil Whistler set Paris on its ear with his 'Symphony in White No. 1: The White Girl.' It was a full length portrait of his Irish mistress posed in a white gown, on a white bearskin rug, against a white curtain." ('Whistler's Mother', also called 'A Portrait in Shades of Gray' was the first painting by an American purchased by the Louvre!)
WHY ART GALLRIES LOVE WHITE WALLS: Richard Gluckman recommends Benjamin Moore's "China White" if you are going to hang a lot of art. "It is a very subtle off-white with a gray tone that helps the work stand out."
Good guys in movies are distinguished by the white hats they wear. The Lone Ranger rode to the rescue of the innocent on his white steed 'Silver.'
I am so inspired by this color and its connotations I composed the following poem:
White is the Shining Color
Color of shimmering light
symbol of spirituality and of sanctity
worn by priestly orders of many cultures
including Muslims and the Catholic Pope.
Legend has it that Saint Catherine, when martyred,
bled this milky color when decapitated.
Capsule of all colors, yet signifying the unsullied
innocence of those being christened,
baptized, confirmed or wed, it also reveals
pure motives of knights and candidates
initiated into mystery cults.
Lucent, sparkly snow, the extravagance
of marble, ivory, porcelain, platinum, all sought for
palaces, towers, fine china and eternally binding rings
bespeaking luxury personified in pearly tints.
Too, through the centuries, this color
implied a plea for clemency; it is the color
of surrender-flags , non-resistance, and cease fire.
It appeals visually for peace and mercy.
Bleached bones, burial shrouds, sheets pulled up
to shield the deceased, ashen faces reflecting shock
or anemia, cream colored candles sputtering at altars
of lives twining, or lives departing.
Gamecocks signal their foe’s victory by raising
their hackles feathered with white.
During WWI men thought to be shirking military
service were anonymously sent an accusatory
white feather to shame their cowardice.
Various cultures interpret white in various ways: For Apaches, it symbolizes north, the source of snow; for the Cherokees, it means peace and happiness and represents the south. In China and Japan white represents death and mourning. In India it shows unhappiness.
WHITE is associated with LIGHT, and all colors are present in true white light from a ray of sun filtered through a prism. Since white objects such as clouds, snow, and flowers appear often in nature, human culture has many references to white, often related to purity and cleanness.
Herman Melville, author of Moby Dick, wrote many paragraphs describing white’s cultural attributes. From his chapter XLII, The Whiteness of the Whale: 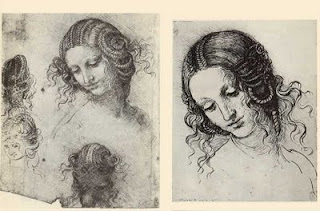 “In many natural objects, whiteness…enhances beauty, as if imparting some special beauty of its own as in marbles, japonicas, and pearls…among the Romans a white stone marked a joyful day…this same hue is the emblem of many touching, noble things---the innocence of brides, the benignity of age. Among the Red Men of America the giving of the white belt of wampum was the deepest pledge of honor; whiteness typifies the majesty of Justice in the ermine of the Judge and contributes to the daily state of kings and queens drawn by milk-white steeds…and in Greek mythologies Great Jove himself is made incarnate in a snow-white bull…the Iroquois’ mid-winter sacrifice of the Sacred White Dog…to the Great Spirit is known. Directly from the Latin word for white, all Christian priests derive the name of one part of their sacred vesture, the alb or tunic, worn beneath the cassock…white is specially employed in the celebration of the Passion of our Lord; in the vision of St. John white robes are given to the redeemed and the four-and-twenty elders stand clothed in white before the great white throne, and the Holy One that sitteth there white like wool; yet for all these accumulated associations, with whatever is sweet, and honorable, and sublime, there yet lurks an elusive something in the innermost idea of this hue, which strikes more of panic to the soul than that redness which affrights in blood…”
The gorgeous drawings above were done by Leonardo da Vinci as studies for his painting of 'Leda and the Swan.' In this case, the white swam, Zeus in disguise, played the villain.
Posted by ColorFilled at 11:20 AM 2 comments:

. Carrying on from my previous blog about the pinks interior designers designated as their faves for blondes, our focus on pink and other favorite colors for brunettes has many witty ID's adding their comments.

"Speaking as a brunette, (albeit a highlighted one) I think we look better in rooms that reflect our dark and mysterious nature. Benjamin Moore's 'Topeka Taupe# 1463' is a JOHN SINGER SARGENT brown with a bit of gray, which makes it more interesting. He loved using dark backgrounds in his portraits. A bedroom in this color would be soothing, restful, and sexy. A very important contrast would be the elusive shell pink, Benjamin Moore's 'Bride To Be 1009,' perhaps use it on the trim or ceiling, recommends Madeline Stuart. Barbara Barry loves the soft blush that diffuses the light and makes your skin seem flawless by using Benjamin Moore's 'Bashful 1171.' She finds this the perfect backdrop for a brunette because "it highlights that reddish undertone and makes dark hair look rich and regal. Also, it strikes the perfect balance, toned down enough to be a neutral but definitely there, like a great perfume."

Mary McDonald recommends 'Fine Paints of Europe 7195' because "I think red is a sexy color for brunettes. We can handle strong colors that would eat up a blonde. This is more of a blue red than a tomatoey country red. It's sultry and sophisticated, guaranteed to bring out the Dita von Teese in anyone."

"All of us brunettes, whether Asian, African-American, or that brown-eyed girl Van Morrison sang about, have one thing to be grateful for. When was the last time you heard of a dumb brunette? There's not a color we can't use, and we'll always be better with more of it. Sherwin-Williams 'Stop SW6869' is a geisha-mouth, cayenne papper red, something a hummingbird swoons toward. It just howls to be painted on a floor somewhere---your own red carpet."

Traveler Jarrett Hedborg finds Benjamin Moore's 'True Pink 2003-40' perfect. "I can't think of a better room for a brunette than Harry's Bar in Florence, Italy, with begonia pink walls and dark wainscoting. The tablecloths and napkins are the same pink with a hint of blue in it, which makes it a tad cooler. Rich colors are really flattering to brunettes, while blondes just fade away. Stay away from sweet, or anything that looks like it would be appropriate for Easter."

Amy Lau chimes in with a recommendation for KT Color, 'Rouge Framboise LC32.101.' "I am completely in love with these paints, originally made for LE CORBUSIER and mixed with pure artist's pigments to get these super-saturated jewel tones. This is the color of garnets, rubies, Japanese maple leaves, that red dress you wear on a first date that really sizzles. I see it in a dining room with red wine, a five-course meal, candlelight, and twinkling glasses."

Orange is an off-shoot of red, just like pink, with yellow added rather than white, and the following ID's lean more toward the palette of peach to orange.

"I'm Italian, and it's very Italian to use orange. Think of those luxury brands with orange logos, Hermes and Pratesi. I see it lacquered on a ceiling, with cream walls. Or you could get that faded Tuscan feeling by using it as a wsh in the living room. A lacquered orange library with black bookshelves would be totally sensational, super modern, super chic" says Milly de Cabrol. She loves to use Ralph Lauren Paint's 'Baja Orange 1862.'

Sara Bengur has similar sentiments. She states: "In Mediterranean cultures, you see a lot of brunettes and a lot of orange. Yolo Colorhouse's 'Petal 01' is vibrant and happy, yet toned down with a little brown, so it feels natural. These paints from Yolo Colorhouse are environmentally friendly with no VOCs and a warm, earthy palette. I'd like to use this color, 'Petal 01' in my bathroom or a sitting room with lots of books. I would also bring in accents of turquoise, yellow and red, the brighter the better so they would play off of each other."

Susan Zises Green favors peachy tones. "What makes a dark-haired woman look good is a glow of color. Benjamin Moore's 'Perky Peach 2012-50' is this soft, sensual peach which has the romance of candle light and the warmth of cashmere. If a woman paints her bedroom this color, a man might think it's too feminine until he's in it. But then he would feel enveloped and embraced, warm, cozy, taken care of---all these things people like to feel."

The enlightening quotes above are taken from House Beautiful's "500 Favorite Paint Colors" published in 2010. May your rooms glow a flattering tint onto your life. I hope you will look up JOHN SINGER SARGENT and LE CORBUSIER to see if you agree with the Interior Designers who referenced them.

In NUMEROLOGY KEY TO COLOR PERSONALITY, by interior designer Ellen Kennon,  if Rose or Pink are your faves, this color connotes that your main qualities are strength, love, and leadership. You turn visions into reality. If you have a proclivity for Orange is dominant, then you are balanced both mentally and physically. You are happy, loyal, and take each day as it comes.
Posted by ColorFilled at 8:57 AM No comments: