Red as an Aphrodisiac

The color you need to wear on your dating profile.

Research suggests that the woman wearing red is likely to attract more sexual attention than her otherwise identical counterparts
Photos courtesy of American Apparel
Let’s imagine for a minute that six identical 23-year-old female sextuplets were born and raised in a secluded U.S. town. The town is too small to provide six eligible male bachelors, so the women post their pictures on a nationwide online dating site. Their pictures are almost identical, but the women distinguish themselves by wearing six different-colored plain T-shirts. Based on their profile pictures alone, you might expect them to attract similar levels of interest—but you’d be profoundly wrong.
Humans had been honing the practice of courtship for millennia when Gary Kremen threw a wrench in the works.  Kremen launched Match.com, the world’s first online dating site, in January 1995.  Match democratized the dating world, giving the shy, nervous, and squeaky-voiced relationship-seekers a chance to shine in a game once monopolized by alpha males and bar room Casanovas. In contrast to the fast-paced world of face-to-face dating, online daters have plenty of time to choose flattering photos, hone their profiles, and craft personal messages.  But while the playing field is more level than it used to be, it still involves mastering unspoken rules that give some people advantages over others. 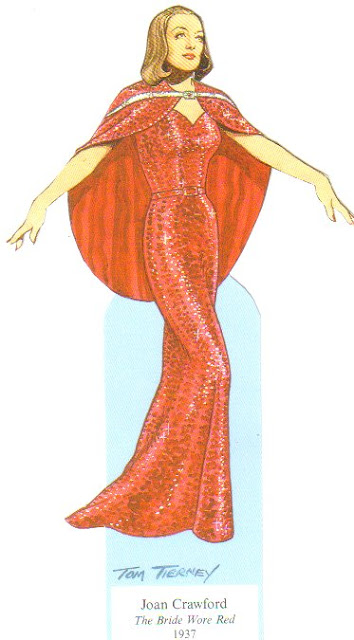 According to Christian Rudder ofOkTrends, OkCupid’s now defunct research site, 32 percent of all first-time messages attract a reply. In other words, two of every three initial messages are met with silence. But response rates vary widely depending on a few critical word choices.  Netspeak is usually disastrous (the response rate for messages featuring “ur,” “r,” and “u” is less than 10 percent), while almost 50 percent of all personalized messages that feature “you mention” or “noticed that” win a reply. The aimless, noncommittal “hi” earns a response 23 percent of the time, while messages featuring the direct question “how’s it going?” attract a 53 percent reply rate. Of course the people who craft these various introductory messages differ on other dimensions as well, but these figures show just how fickle online dating outcomes can be.
But while people labor over their personal messages, another critical factor slips by unnoticed.  Several years ago, Andrew Elliot, a professor at the University of Rochester, and his colleagues began by asking heterosexual male undergraduates to spend five seconds looking at the photo of a young female stranger, and to rate her attractiveness on a scale ranging from 1 (not at all attractive) to 9 (extremely attractive). All of the undergrads saw the same woman wearing the same clothes—but the experimenters randomly changed the color of the thick border that framed the photo, alternating among white, red, blue, and green.
Psychologists know some things about color: Blue is the most popular color in the world, black is associated with elegance, wealth, power, and strength, green soothes and calms, and red is the color of love and romance. But Elliot and his colleagues were trying to figure out whether color can actually change a person’s appeal.
Across five experiments, the results were always the same. The male undergrads who rated the photo bordered in red, found the woman more attractive, were more interested in asking her on a date, and willing to spend more money during the date. The researchers were also careful to show that the effect was specifically tied to sexual interest. They showed, for example, that when heterosexual women rated the attractiveness of the same female stranger, they weren’t swayed by the border’s color. In addition, men didn’t believe the red-bordered woman was more likable, kind, or intelligent—only that she was more attractive and sexually appealing.

Women are more likely to attract sexual attention when they appear in a photo bordered by the color red
Photos courtesy of American Apparel
Nicolas Gueguen, a psychologist at the University of Southern Brittany in north-eastern France, wasn’t satisfied with lab studies alone, so he moved his investigation to the field, to see if these lab results also applied in the real world. Gueguen hired five brunettes between the ages of 19 and 22 to pose as hitchhikers. The women wore jeans, sneakers, and a figure-hugging plain-colored T-shirt—much like the shirt worn by the fictional sextuplets. Taking turns on a string of bright early summer days, each one stood by the roadside near a famous peninsula in Brittany, and held out her thumb to show she was trying to hitch a ride. When 80 cars passed by, the woman retreated and changed her T-shirt, randomly choosing from a menu of black, white, red, yellow, blue, and green. (Two observers monitored the situation out of sight to ensure that the women were safe.)
Several days and 4,800 passing motorists later, Gueguen returned to the lab. Like the women in Elliot’s study, Gueguen’s female motorists weren’t influenced by the color of the hitchhikers’ T-shirts—they were just as likely to stop when the women wore red as when they wore any of the other colors. In contrast, male motorists were far more discerning, stopping about 12 to 15 percent of the time—except when the women wore red T-shirts, when they stopped 21 percent of the time. Like the male students in Elliot’s lab study, male motorists preferred the women in red.
Two years later, Gueguen and his colleague, Céline Jacob, repeated the experimentamong online daters. During a nine month period, 64 women who were looking to meet a man agreed to post their pictures on an online dating website. Gueguen and Jacob used digital software to create six photos for each woman, identical except for the color of their T-shirts.  Every two weeks they rotated the image on the website, and asked the women to count how many men contacted them. As with the artificial sextuplet thought experiment, six identical-looking women (apart from the color of their T-shirts) were effectively competing for the attention of thousands of male suitors. Just like the hitchhikers, these women received many more emails when they wore red T-shirts. Twenty-one percent of their emails arrived when they wore red, whereas the other colors—black, white, yellow, green, and blue—attracted 14 to 17 percent of the total.
Why does red trump other colors in the mating game? There are at least two possible reasons, one more convincing than the other. The weaker reason is that we’ve been conditioned to associate red with love, passion, and romance. Red is the color of hearts and roses, lipsticks and rouges, sex districts and femmes fatales, and the letter “A” that advertised Hester Prynne’s adulterous past in Nathaniel Hawthorne’s Scarlet Letter. But where does this association come from? Why aren’t yellow, black, blue, or green associated with love?  The ultimate origin of red’s romantic past probably reflects the second reason: Animals, from humans to baboons to finches, flush red when they’re sexually receptive. A woman’s skin tends to redden as she approaches ovulation, and then lightens during the infertile midpoint of her menstrual cycle. The rush of blood that accompanies flirtation also reddens the face, neck, and upper chest, reinforcing the link between redness and sexual receptiveness. The good news for men is that red clothing makes them more appealing as well (men also blush red when they’re sexually excited), and that people across the world—from the USA to China to Germany—show the same preference for red-clad mates. Since the effect isn’t confined to just one culture or species, and disappears when the rated women are post-menopausal (and therefore no longer fertile), it’s safe to assume that animal biology explains at least part of the effect.
Colors influence our judgments in other contexts as well. In the late 1980s, Mark Frankand Tom Gilovich analyzed the penalty records of 21 National Hockey League and 28 National Football League teams. Five teams in each league happened to wear mostly black uniforms, and since black is associated with evil and aggression, the researchers found that those teams were called for more penalties than their lighter-clad counterparts. In the late 1970s, the Pittsburgh Penguins and Vancouver Canucks traded in their nonblack NHL uniforms for black uniforms, and almost immediately began conceding more penalties. Frank and Gilovich also showed that students behaved more aggressively when they wore black uniforms, and believed other students were more aggressive when those students wore black as well.

Like women, men are more attractive to potential suitors when they wear red clothing
Photos courtesy of American Apparel
At the other end of the spectrum, researchers seized on a bright pink color in the late 1970s that appeared to calm aggressive prisoners. Gene Baker and Ron Miller, two naval officers at a corrections center in Seattle noticed with frustration that aggressive inmates were just as violent after cooling off in solitary confinement. Psychologist Alex Schaussoffered the officers a novel solution. In a series of experiments, Schauss found that healthy young men were weaker after staring at a sheet of bubblegum pink cardboard. Baker and Miller ran with the suggestion, and painted the inside of one of their holding cells with the bright pink hue. According to legend, prisoners entered the cell angry but emerged 15 minutes later pacified and relaxed. The facility normally saw dozens of aggressive incidents, but not a single inmate who spent time in the pink holding cell behaved violently in the ensuing nine-month period. The effect briefly infiltrated popular culture, and football coaches at Colorado State and the University of Iowa began painting their visitors’ locker rooms with the same color pink, hoping to weaken their opponents. Local athletics conferences eventually intervened, cleverly requiring that home and visitors’ locker rooms were decorated identically. The famous shade of pink, affectionately known as Baker-Miller pink, or Drunk Tank Pink, has a number of detractors, but Schauss and his supporters maintain that the color’s effects are real.
Black and red and pink have a remarkable capacity to shape our thoughts, feelings, and behaviors in contexts that defy belief. It seems crazy to suggest that the same person can be luckier in love because she wears a red T-shirt, that the same football player becomes more aggressive when he dons a black uniform, and that strongmen become weak in the presence of pink paint—but, at least as far as experimental evidence goes, those effects are real. And of course colors aren’t the only incidental features of the world around us that influence how we think, feel, and behave. What these examples show is that a huge part of our mental lives goes on, like the proverbial iceberg, below the surface of conscious awareness—something to think about the next time you compete for love in the over-populated waters of Match.com, OkCupid, and eHarmony.
Posted by ColorFilled at 9:42 AM