Why Do Butterflies Have Such Vibrant Colors & Patterns?

Someone might ask, "Why does the paper kite butterfly create a gold chrysalis?" The paper kite butterfly, native to Asia, is light yellow or off-white with an elaborate pattern of swooping black lines and dots. But its chrysalis—a hard case that protects the caterpillar during its final transformation into a butterfly—is a shiny, golden hue. 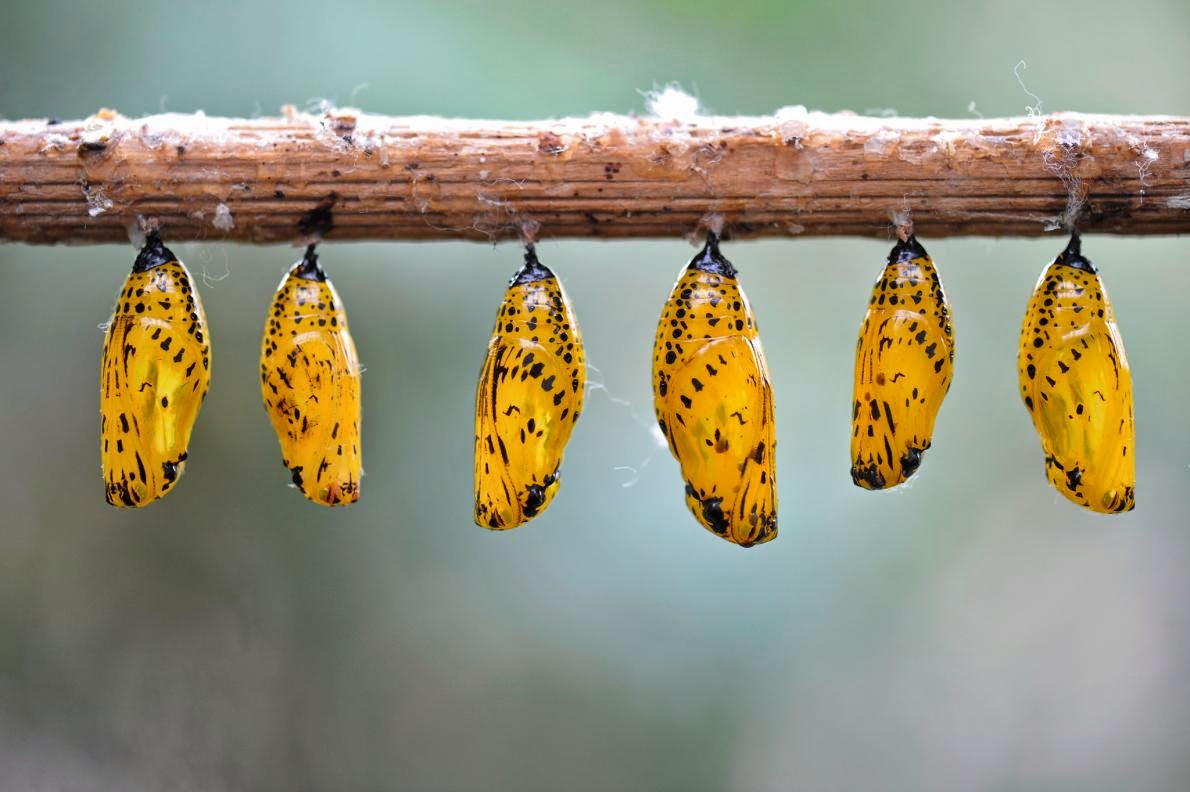 It's unknown why the chrysalis itself is gold, but its shininess helps camouflage the developing butterfly, says Katy Prudic, a biologist at Oregon State University in Corvallis. In particular, the sheen is "disruptive" to potential predators—it makes the chrysalis "hard to detect in a complicated background," Prudic says. A hungry bird may even think it looks like a drop of water.

Camouflage is crucial to chrysalides: Because growing butterflies are unable to move and in danger of being eaten or parasitized, "they're like a sitting duck," Prudic notes.

The giant swallowtail is another example of chrysalis camo. In that species, the chrysalis resembles part of the tree on which it hangs—or it looks a bit snakelike, depending on the vantage point.
This species' caterpillar has some tricks up its sleeve: It can resemble bird droppings but can also look like a tiny snake at a later stage of development.

The monarch butterfly chrysalis has what appear to be gold dots and threads, which help the developing insect blend in with leaves. 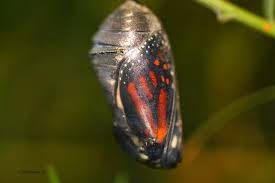 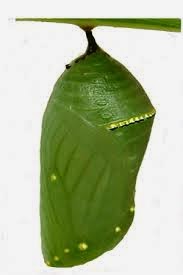 Adult butterflies also use color to their advantage—not only to blend in but also to warn. For instance, the adult monarch sports a bright orange color and distinctive pattern, a red flag to potential predators that it's distasteful and toxic. 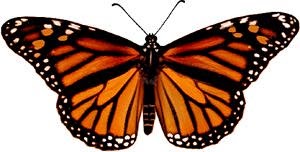 A particularly impressive dual use of color, she adds, is seen in the blue morpho butterfly of the Central and South American rain forests. The brilliant blue of the morpho butterfly helps the insect communicate with others of its kind.
This insect's strikingly blue wing color "is used to communicate among butterflies, so they'll display it when they're courting or mating," she says.Underneath the wing is a dull brown decorated with fantastic eyespots, which alarm and confuse predators.

More Than Meets the Eye
As for how we humans perceive those brilliant butterfly colors, it depends. Some color we see is the insect's true pigment, and some is structural, or the way light reflects off a surface.
When you see blue, purple, or white on a butterfly, that's a structural color, while orange, yellow, and black are pigment, Prudic says.

"The nanostructure of the chitin, or wing scale," Prudic says, "affects what light is reflected and how it's reflected." This is what makes butterfly wings iridescent—the quality that makes them change color according to the angle from which you look at them, Prudic says. (Remember the dress worn to a wedding in Scotland in February, 2015 that caused an internet discussion of its "true" color? This is a similar situation. BBL)

The zebra swallowtail, for example, feeds on the leaves of plants of the  Asimina family—and has a leaf-green chrysalis.

This article was written by Liz Langley for National Geographic.
Posted by ColorFilled at 3:34 PM