Yoko Ono is in the headlines for her new fashions for men. Nearly 80, she still grabs the news headlines with her provocative designs.


"Yoko Ono has nearly done it all -- contemporary art, music, activism. But as she nears her 80th birthday, the widow of Beatle John Lennon is dabbling in something new: the fashion world.

This week in New York, Ono unveiled her first ready-to-wear collection -- an edgy unisex line called "Fashions for Men," based on sketches Ono first started in 1969 and gave to her husband as a wedding present that year.

The capsule collection includes apparel, footwear and accessories. One of the most provocative pieces is the "hand" wool suit, featuring a white handprint over the crotch of a pair of black trousers.

Bare shoulders peek out of paper-thin tight-fitting knit tops in pink or black. Tank tops and shirts are also provocative, with peekaboo holes.

"I was inspired to create 'Fashions for Men', amazed at how my man was looking so great. I felt it was a pity if we could not make clothes emphasizing his very sexy bod," Ono said in a statement.

"So, I made this whole series with love for his hot bod, and gave it to him as a wedding present." 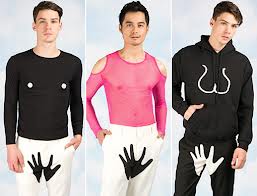 More than 40 years after that wedding, and 32 years after Lennon's assassination, Ono was able to bring the collection to life thanks to Humberto Leon, the co-founder of uber-chic New York fashion emporium Opening Ceremony.

Leon said the idea first started to gel when the two met in Japan.

"We met about three years ago, at our opening in Tokyo. And when we met, she mentioned to me that she had done some drawings," Leon told AFP at the presentation of the collection.

"About a year and a half ago, we met and she showed it to me and together we said, 'Oh, why don't we make this come to life!'"

"We went as close as we could to what she had originally envisioned for John back then. It's exciting to see it all," Leon said. 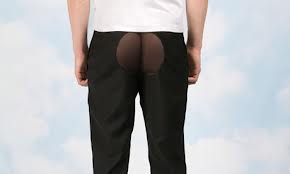 Ono, wearing a double-stacked black top hat with whimsical puffy white bows and a black jacket revealing ample cleavage, signed copies of the book -- which includes some of her sketches -- published to mark the collection's debut. 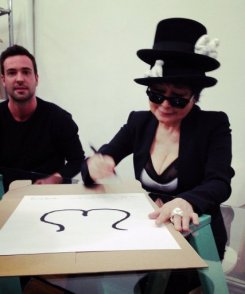 The Tokyo-born artist -- raised in both Japan and the United States in a well-off family of bankers -- became a global icon when she married the rocker from Liverpool and really never left the limelight after Lennon's 1980 slaying.

Ono -- who was long accused of sparking the break-up of the Beatles, a claim she vehemently denies -- earned plaudits for her performance art and her work as a tireless campaigner for world peace. 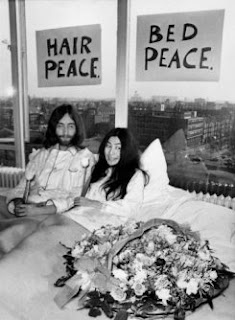 Ever since her Montreal honeymoon with Lennon, during which the couple called for peace from their marital bed, Ono has pursued the fight. In 2002, she launched the "LennonOno" grant for peace in Iceland, given every two years.

She has also campaigned against world hunger and fracking.

At the fashion opening, her adoring fans have not lost an ounce of enthusiasm."

I am decorating a Christmas sweater to wear to a "Tacky Party." Thinking of tacky clothes, I have to give Ono credit for the tackiest I've seen yet.

What do you think?
Posted by ColorFilled at 8:18 AM