Cadbury is declared the winner in the purple color rights contest  versus Nestle after a three year battle. 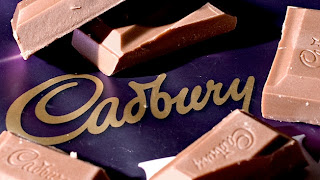 British confectioner Cadbury has won a trademark dispute with Nestlé over the rights to the “iconic” purple color that Cadbury uses on its wrappers.

The U.K. Intellectual Property Office ruled that the shade—pantone 2865c—showed enough "distinctive character" for a trademark.
The ruling follows a three-year battle between the chocolate companies. In 2008 Nestlé challenged Cadbury’s application to trademark the color, which it had used on its packaging since 1914.
The Birmingham Post reports that a legal ruling in Nestlé’s favor “would have opened the floodgates for rivals, including supermarkets, to use the color on their own-brand chocolate bars.”
Cadbury now holds exclusive rights to use the color on chocolate bar and chocolate drink packaging in the U.K. The trademark use does not, however, include chocolate cakes, confectionery or chocolate assortments, following Nestlé’s objections.
Marketing Week notes that Nestlé can continue to use a similar purple color in its Quality Street chocolate assortment.
A spokesman for Cadbury said the group was “pleased” with the ruling. “This color is clearly associated to Cadbury and something we jealously guard," he said.
The Independent reports that the registrar in the case, Allan James, noted that the color had been used in Cadbury’s advertising campaigns to distinguish the brand. These included the popular campaign showing a gorilla playing the drums. James rejected claims that Cadbury had registered the colour in bad faith as "absurd", the Independent says.
Nestlé however stresses that this is just an “interim decision.” The trademark only covers “some of the goods for which Cadbury had applied,” the company said in a statement. "We will assess the final decision once it has been issued.”

Cadbury's most recent ad shows their creative side. Any company surviving since 1914 must be doing something right! I congratulate them for winning the right to use the distinctive color for their product. I plan to buy a bar soon to celebrate. 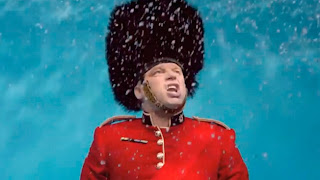 Cadbury Dairy Milk isn’t afraid of head-scratching advertisements. In the past, the company has given us everything from dancing monks to magically animated thrift-store apparel—none of which has had much relation to chocolate bars—so it comes as no surprise that the brand’s 2012 London Olympics campaign has so far been quite strange, to put it mildly. (For proof, check out this spot (click below) from Cadbury’s debut Olympics campaign, Stripes V. Spots.)
Cadbury Dairy Milk teamed up with agency Hypernaked for the "Keep Singing Keep Team GB Pumped" campaign, which aims to get the British singing power anthems to support their Olympics team. First up was Europe’s classic hit, “The Final Countdown.” And for their second spot, Hypernaked is tackling Tina Turner’s “Simply the Best”—in true Cadbury Dairy Milk fashion.
The spot opens in a gymnasium pool, where swimming champion and Olympics hopeful (and participant in the Stripes V. Spots campaign) Rebecca Adlington is training. A radio broadcast informs us that a rendition of “Simply the Best,” sung by hundreds of Brits, will play through underwater speakers to inspire Adlington as she swims laps.
Instead of just voices, we get a whole cast of characters—a butcher, a cafeteria lady, a sheep farmer, and a glam rock group just to name a few—singing to Adlington from the depths of the pool. The earnest message of “Simply the Best” might be encouraging, but as the spot proceeds, the water gets more and more crowded. The message? We're all in the water with her, rooting her on.