Is the Sky Blue? 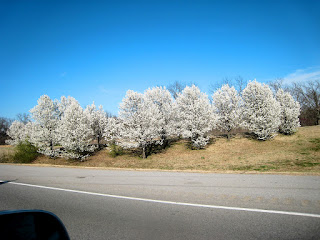 Is the sky blue? Read the following article to find out the answer.

Is the Sky Blue?

by Lisa Wade, Jul 30, 2012, at 11:20 am
A recent episode of Radiolab centered on questions about colors. It profiled a British man who, in the 1800s, noticed that neither The Odyssey nor The Iliad included any references to the color blue. In fact, it turns out that, as languages evolve words for color, blue is always last. Red is always first. This is the case in every language ever studied.
Scholars theorize that this is because red is very common in nature, but blue is extremely rare. The flowers we think of as blue, for example, are usually more violet than blue; very few foods are blue. Most of the blue we see today is part of artificial colors produced by humans through manufacturing processes. So, blue is the last color to be noticed and named.
An exception to the rarity of blue in nature, of course — one that might undermine this theory — is the sky. The sky is blue, right?

Well, it turns out that seeing blue when we look up is dependent on already knowing that the sky is blue. To illustrate, the hosts of Radiolab interviewed a linguist named Guy Deutscher who did a little experiment on his daughter, Alma. Deutscher taught her all the colors, including blue, in the typical way: pointing to objects and asking what color they were. In the typical way, Alma mastered her colors quite easily.
But Deutscher and his wife avoided ever telling Alma that the sky was blue. Then, one day, he pointed to a clear sky and asked her, “What color is that?”
Alma, at first, was puzzled. To Alma, the sky was a void, not an object with properties like color. It was nothing. There simply wasn’t a “that” there at all. She had no answer. The idea that the sky is a thing at all, then, is not immediately obvious.
Deutscher kept asking on “sky blue” days and one day she answered: the sky was white. White was her answer for some time and she only later suggested that maybe it was blue. Then blue and white took turns for a while, and she finally settled on blue.
The story is a wonderful example of the role of culture in shaping perception. Even things that seem objectively true may only seem so if we’ve been given a framework with which to see it; even the idea that a thing is a thing at all, in fact, is partly a cultural construction. There are other examples of this phenomenon. What we call “red onions” in the U.S., for another example, are seen as blue in parts of Germany. Likewise, optical illusions that consistently trick people in some cultures — such as the Müller-Lyer illusion — don’t often trick people in others.
So, next time you look into the sky, ask yourself what you might see if you didn’t see blue.

P.S. I read recently that the Iliad and The Odyssey only mention five colors. The "wine dark sea" appears more than once. More research will reveal which five are mentioned and I will report back. I am betting white, black and red are mentioned. BL
Posted by ColorFilled at 2:06 PM