Color Vision in our Canine Friends

If you have ever wondered if our furry pets see colors, the following article can shed some light on the subject. 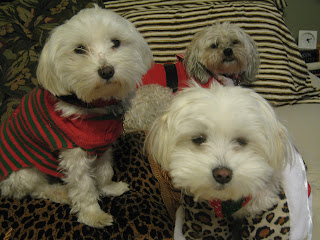 Our trio of furballs, Digger, Foxy and in back, Cupie.


How Dogs See the World: The Evolutionary Story of Color Vision

A dog takes a color vision test. He's trained to touch his nose to the color that's different from the other two, if he can tell.

Article by: Faye Flam
Posted by ColorFilled at 6:36 PM