The Many Faces of Green 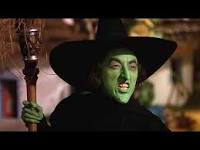 The Wicked Witch in The Wizard of Oz movie sports a green face. Green often connotes the idea that people sick with envy could turn green. That old wicked witch was certainly jealous of Dorothy’s ruby slippers, and the whole plot of the story hinges on her attempt to snag the shoes.
Centuries earlier, Shakespeare’s Iago tells Othello to “beware the green-eyed monster” of jealousy. But, Iago became the cunning cat who toyed with Othello to feed his illusion that his faithful wife Desdemona is deceiving him. Shakespeare picked the color which, at his time, had the negative connotations of natures that are suspicious, bitter, unmindful, greedy, bland, undependable and deceitful, all characteristics of Iago.
Despite some negativity associated with green, it has many positive qualities in many cultures. Spring season and the positive symbolism of jade associated with longevity and rebirth are two desirable attributes to the Chinese. In Celtic mythology it was the color of Tir na n’Og, Isle of the Blessed. Other positive connotations associate green with being discreet, sensible, fruitful, benevolent, tolerant and talented. Green symbolizes harmony on the color scale; it is midway between red and purple. It is the bridge or gateway in the spectrum. Green connotes prosperity, especially in business. And, it is nature’s favorite color. It soothes most people. Because it is easy on the eyes, it has long been a popular color in the work place. Green is versatile and it can be used effectively indoors or out for home decor. It has connections to feelings of peace, ecology, renewal, self-control, security, flexibility, and harmony.
International interior designer Maria Killiam says: “Grass green is the most restful color. Green symbolizes self-respect and well being. Green is the color of balance. It also means learning, growth and harmony.”
Holly is one of the evergreens used in ancient festivals as an emblem of hope amid the darkness of midwinter. The symbolism was given a powerful new charge by Christian analogies between its thorns and red berries and the Passion of Christ. Hence its central place in Christmas decorations. Other evergreens are used to suggest immortality. And, who can forget the gorgeous lyrics penned by Barbra Streisand for Evergreen, a lover’s fantasy which helped her win her first Oscar for the best song.

Emeralds are often associated with fertility, growth, and spring germination because of its hue. It acquired folk symbolism as a lucky stone of conception and childbirth and was believed to shorten labor. The emerald is the stone of the Pope because of its connection with both faith and hope. In the Christian liturgical calendar, green is the color associated with Kingdom Tide’s season, the period following Epiphany which extends to Easter. Ministers wear green stoles during this period of time. 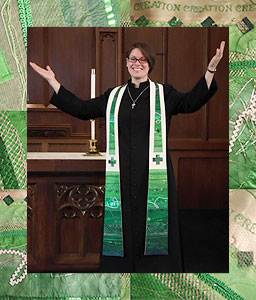 Our language uses green references for expressing both positive and negative traits identified with this versatile color:
Good green

Seattle’s Central Library painted its bathrooms an unpleasant shade of green in 2004 to discourage long-term use by the homeless. The library advocated for the city to build a downtown day shelter and hygiene center to better serve those in need. 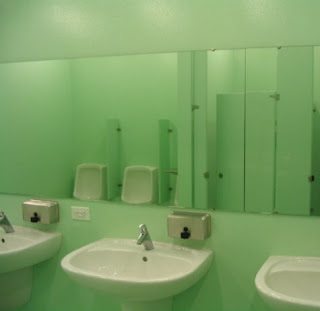 The Emerald City epitomized the place where all the short-comings of the Scarecrow, Tin Man and the cowardly Lion were erased. The green aura shining ahead of the quartet of seekers on the Yellow Brick Road draws them forward like a beacon promising fulfillment of their wishes and dreams. Each received what was desired. The Emerald City seems like heaven until one awakens from a detailed dream and home becomes better than one first realizes. Green was definitely the go-to color for Oz’s happy citizens.