A Happy Pantone Color for 2017 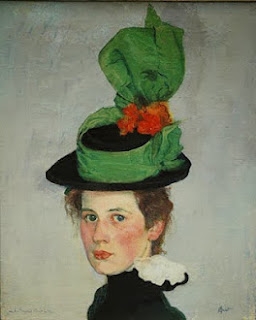 This year’s choice is Greenery, officially known as PANTONE 15-0343, and it’s described as a fresh and zesty yellow-green shade that evokes the first days of spring. I call it spring leaf green! Think of it as St. Patrick's Day green with a bit of yellow (a happy color) added to it.
“The tangy yellow-green speaks to our desire to express, explore, experiment and reinvent, imparting a sense of buoyancy,” said Leatrice Eiseman, executive director of the Pantone Color Institute in a statement.
This chartreuse-like shade is said to encourage people to take a deep breath and reinvigorate.

The Pantone Color Institute in Carlstadt, N.J. is a division of X-Rite Inc., which is headquartered in the Grand Rapids suburb of Kentwood.
Pantone is considered a global authority on color and provider of professional color standards for the design industries.
One of the perks of being the Color of the Year is that the shade will show up in everything from fashion, home products and more.

Superb Canadian interior designer Maria Killiam declares: "The color for 2017 is kelly green (hooray, I've been waiting for this green for a long time) and the look is refined and generally warming up.

Green reigns supreme in 2017 as the most versatile colour with broad appeal.
Greens are getting both richer and warmer, moving away from the beachy, minty hues towards more grounded shades of yellow green spring shoots and deep leafy greens. (In other words, I think Pantone nailed it with Greenery this year).
Move over cool industrial edginess and laid back rustic everything, 2017 is the year we return to warm, cozy and luxurious layering!"
Posted by ColorFilled at 9:15 AM