Red and Tokens of Love 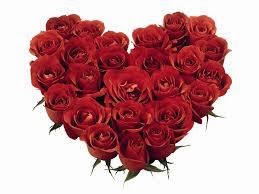 Today, we think of bouquets of red roses, or boxes of chocolates-- typically enclosed in red boxes, or cards with red hearts used in the illustrations. In 1526, King Henry VIII had a different way to display red to catch the eye of Anne Boyeln, his future second wife and mother of Elizabeth I.

The Shrovetide Joust of February 1526

The shrovetide joust of 1526 was the first indication of Henry VIII’s courtly pursuit of Anne Boleyn. According to the chronicler Edward Hall, it was on this day that Henry VIII rode out in cloth of gold and silver “richely embraudered, with a mannes harte in a presse, with flames about it, and in letters were written, Declare ie nos, in Englishe, Declare I dare not”. The Marquis of Exeter and his men and their horses were in green velvet and crimson satin embroidered with burning hearts. Above these hearts was a lady’s hand coming out of a cloud with a watering can, dropping silver droplets on them – I guess to cool the burning hearts!
This display – and it must have been a sumptuous display – showed clearly that the King had found a new love. He was besotted. Anne had won his heart. It was a courtly love display in the best chivalric tradition and I suspect that Henry had no idea at this point that Anne would be any more than a flirtation or possibly a mistress. Of course, Anne was to refuse to become his mistress, even his maîtresse en titre, and Henry’s love for her would lead to him offering her marriage instead.
Edward Hall goes on to describe how many spears were broken at that joust and that this was the occasion when Francis Bryan lost one of his eyes – ouch!
If you’re interested in finding out more about Henry VIII and Anne Boleyn’s relationship then do read the folowing articles:-

(This is one of the most addictive websites I've found thus far. I love history and especially romantic history!) 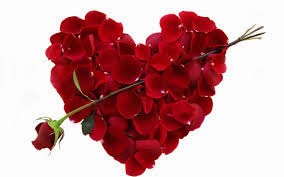 Have a happy St. Valentine's Day

Posted by ColorFilled at 9:52 AM