The Magic and Logic of Color: How Josef Albers Revolutionized Visual Culture and the Art of Seeing

“A thing is never seen as it really is.” 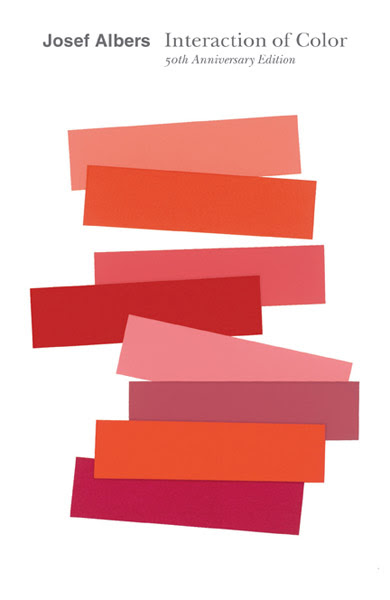 “Hundreds of people can talk, for one who can think,” John Ruskin wrote, “but thousands of people can think, for one who can see.” “We see, but we do not see: we use our eyes, but our gaze is glancing, frivolously considering its object,”Alexandra Horowitz lamented in her sublime meditation on looking. Hardly anyone has accomplished more in revolutionizing the art of seeing than German-born American artist, poet, printmaker, and educator Josef Albers, as celebrated for his iconic abstract paintings as he was for his vibrant wit and spellbinding presence as a classroom performer. In 1963, he launched into the world what would become the most influential exploration of the art, science, psychology, practical application, and magic of color — an experiment, radical and brave at the time, seeking to cultivate a new way of studying and understanding color through experience and trial-and-error rather than through didactic, theoretical dogma. Half a century later, Interaction of Color (public library), with its illuminating visual exercises and mind-bending optical illusions, remains an indispensable blueprint to the art of seeing.
Albers, who headed the legendary Black Mountain College that shaped such luminaries as Zen composer John Cage and reconstructionist Ruth Asawa, lays out the book’s beautifully fulfilled and timeless promise in the original introduction:

In visual perception a color is almost never seen as it really is — as it physically is. This fact makes color the most relative medium in art.
In order to use color effectively it is necessary to recognize that color deceives continually. To this end, the beginning is not a study of color systems.
First, it should be learned that one and the same color evokes innumerable readings. Instead of mechanically applying or merely implying laws and rules of color harmony, distinct color effects are produced-through recognition of the interaction of color-by making, for instance, two very different colors look alike, or nearly alike.

THE RELATIVITY OF COLOR
A color has many faces, and one color can be made to appear as two different colors. Here it is almost unbelievable that the left small and the right small squares are part of the same paper strip and therefore are the same color. And no normal human eye is able to see both squares -- alike.
Albers defied the standard academic approach of “theory and practice,” focusing instead on “development of observation and articulation,” with an emphasis not only on seeing color, but also feeling the relationships between colors. He writes:

[Interaction of Color] reverses this order and places practice before theory, which after all, is the conclusion of practice. … Just as the knowledge of acoustics does not make one musical — neither on the productive nor on the appreciative side — so no color system by itself can develop one’s sensitivity for color. This is parallel to the recognition that no theory of composition by itself leads to the production of music, or of art.
Practical exercises demonstrate through color deception (illusion) the relativity and instability of color. And experience teaches that in visual perception there is a discrepancy between physical fact and psychic effect. What counts here — first and last — is not so-called knowledge of so-called facts, but vision — seeing. Seeing here implies Schauen (as inWeltanschauung) and is coupled with fantasy, with imagination. 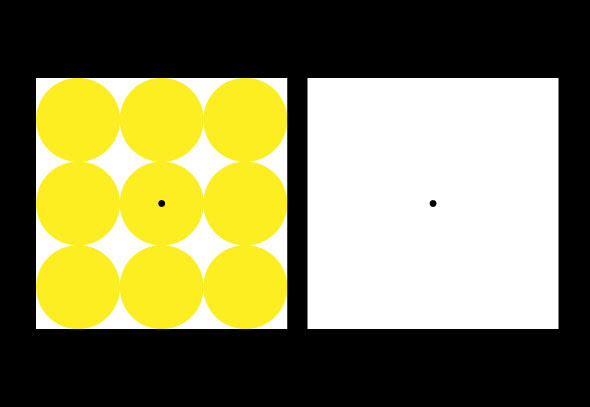 AFTERIMAGE EFFECT
The 'afterimage effect' demonstrates the interaction of color caused by interdependence of color: On the left are yellow circles of equal diameter which touch each other and fill out a white square. There is a black dot in its center. On the right is an empty white square, also with a centered black dot. Each is on a black background. After staring for half a minute at the left square, shift the focus suddenly to the right square. Instead of the usual color-based afterimage that would complement the yellow circles with blue, their opposite, a shape-based afterimage is manifest as diamond shapes -- the 'leftover' of the circles -- are seen in yellow. This illusion double, reversed afterimage is sometimes called contrast reversal.
To mark the book’s fiftieth anniversary, Debbie Millman, who is herself amaster of color, sits down to discuss Albers’s far-reaching legacy and his fundamental contributions to our everyday understanding of color with Brenda Danilowitz, Chief Curator at the Josef and Anni Albers Foundation, and Philip Tiongson, who designed the magnificent iPad app accompanying the new edition of the book (an app so exceptional, in fact, that Millman rightly calls it “the example the world has been waiting for in order to begin to understand how it’s possible that books will never, ever go away”). Here are some of the highlights from an altogether fascinating conversation.
On how the brain’s conditioning to notice only what it expects cheats us of the richness of seeing:

Albers believed that in normal seeing, we use our eyes so much because the world is controlled by our vision, but we become so accustomed to it that we take things for granted. And when he talked about visual perception, he meant something much more profound than just the way we look at the world — he would stop and look at the world, look at the smallest object, smallest event, and see through it in a deep kind of way. … He would see magic, he would see something deeper. And he believed that the majority of people just missed the true reality — it was available for everyone to see, but nobody was looking. And that was where his notion of “to open eyes” really comes from.

On Albers’s unconventional approach as an art educator and the mesmerism he had over his students:

The one word that to Josef Albers was absolute anathema was “self-expression.” He said you do not express yourself — you have to learn, you have to have these skills, and then you create something.

Fittingly, one of Albers’s most memorable quotes:

Easy to know that diamonds are precious. Good to learn that rubies have depth. But more to see that pebbles are miraculous.

On how Albers embodied the aphorism that “the art of teaching is the art of assisting discovery” and challenged his Black Mountain College students to experiment with materials in a way that counters the assumptions of perceptual reality: