The Color of A Plate Makes A Difference 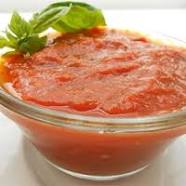 Size matters too. Plate sizes have increased by 22 percent since 1960 and so have waist sizes. Most weight loss experts recommend shrinking your plate in order to lose weight.
“There are plenty of studies that have shown that people who eat or are given smaller plates or smaller bowls simply eat less. However, the opposite is true when it comes to fork size,” said Integrative Medicine doctor Sheryl Spitzer- Resnick.

A Journal of Consumer Research study analyzed how fork size affected how much people eat. Plates of Italian food were weighed before and after participants ate. Participants were seated at tables with large forks or small forks. The large forks held 20 percent more food than an average-sized restaurant fork and the smaller forks held 20 percent less.

When the study concluded, researchers saw that participants who ate with larger forks left almost 8-ounces of food compared to 4.5 ounces of food for those with smaller forks. Those with larger forks were satisfied quicker and ate less than those who ate with smaller forks.
According to the study, “If people have a well-defined hunger goal to satisfy and put forth effort to reach the goal, they consume more from a small fork rather than from a large fork. The bite size becomes the medium that helps them satisfy their goal and also influences quantity consumed. The small fork gives a feeling that they are not making much progress in satiating their hunger, which results in more consumption compared to when they have a larger fork.”

Cookbook author Barbara Stafford uses pint-size portions, such as small 4- or 5-inch skillets, to help people eat delicious food in smaller portions or for small-plate entertaining. Perhaps she should also add larger forks to eat with.
Posted by ColorFilled at 7:28 AM