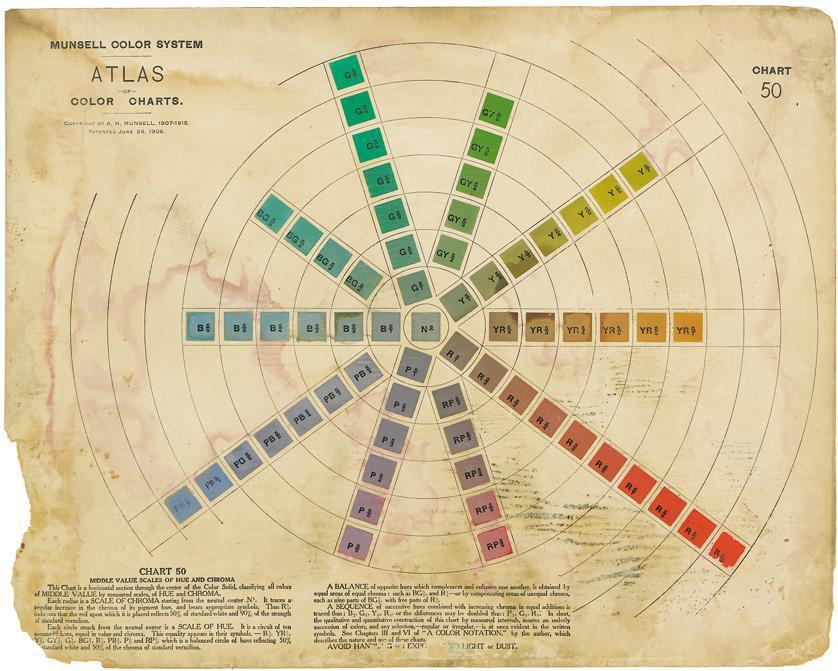 A portion of Albert Munsell’s color atlas, which described colors by hue, value, and chroma.
Posted by ColorFilled at 9:56 AM